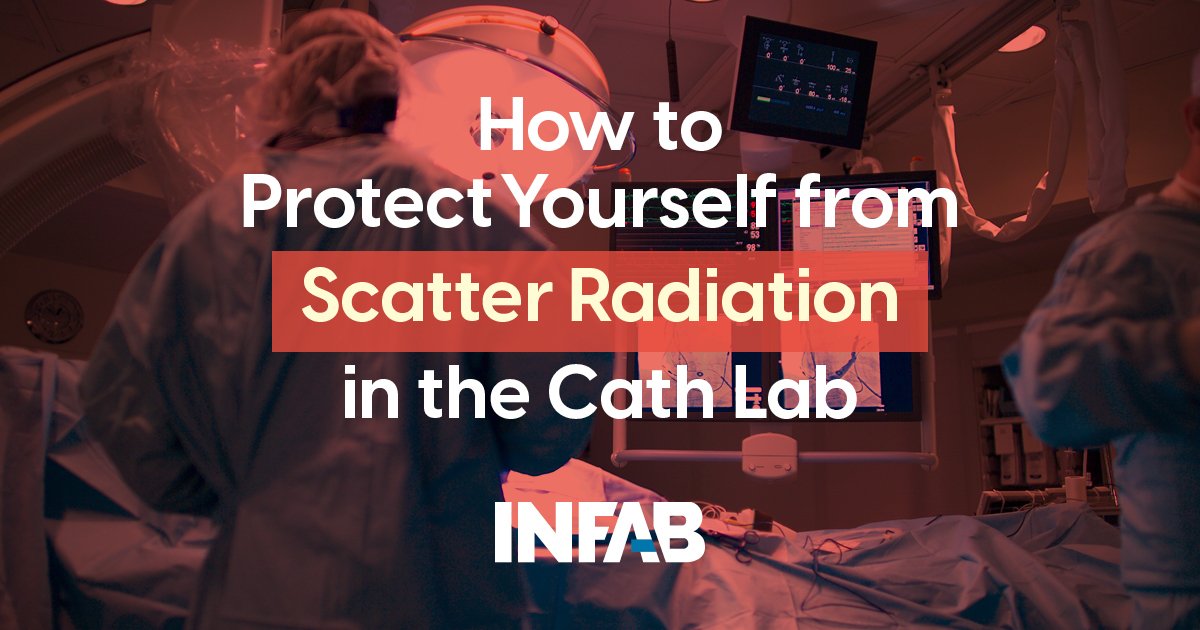 Scatter Radiation in the Cath Lab

During a typical procedure in the Cardiac Catheterization Laboratory, radiation is deflected from the patient’s body and scattered to all areas of the lab. This scatter radiation is not only associated with skin damage and eye injury, but the low-dose radiation has been shown to increase the number of circulating lymphocytes and chromosomal abnormalities, increasing one’s risk of cancer.

This phenomenon has been universally recognized and extensively documented, leading to the implementation of radiation protection techniques and equipment by all medical staff working in the vicinity of the patient. Although most personnel are routinely wearing X-ray protective garments, there is evidence that the incidence of radiation-related disease in long-serving Cath Lab staff is statistically higher than in non-Cath Lab staff. In order to combat this trend, one solution suggested is to routinely place radiation-protective shields over each patient, drastically reducing the amount of scatter radiation in the lab.

The Intensity of Scatter Radiation

Despite the use of protection, research published in the American Heart Association journal shows that attending cardiologists and other staff working in positions close to the patient are exposed to radiation that, over a working career, could be the equivalent of more than 2,500 chest X-rays. Other work shows that cardiologists’ necks and heads receive radiation doses of 2 to 3 rems per year. Interestingly, the lefthand side of the head receives more radiation than the right side, indicative of positions taken by cardiologists during procedures.

Although the level of scatter radiation is low, there is statistical evidence that indicates interventional cardiologists have almost three times the incidence of cancer compared to unexposed staff. This view is based on work conducted by the CNR Institute of Clinical Physiology in Pisa, Italy – interviewing 466 medical personnel working in Cath Labs. Furthermore, medical staff with more than 16 years of experience in Cath Labs were eight times more likely to have cancer than those who did not. The incidence of skin lesions, orthopedic problems, and cataracts was also higher.

The standard methods of protecting Cath Lab staff from radiation exposure involve techniques such as keeping the team as far from the source of radiation as possible and using equipment such as lead or composite shields, supplemented in some instances by portable radiation shields. Although these measures are effective, it is nearly impossible for cardiologists to stand far enough away from the patient unless remote robotic methods are used.

Although lead has been standard in the industry for years, the weight of lead-based shielding is somewhat impractical, and other alternatives have been explored. Our KIARMOR bilayer is the perfect solution to this matter. KIARMOR is made from the elements bismuth and antimony, which are combined into a single bi­layer sheet. This innovative technology not only provides you with a lighter-weight alternative, but it is also more effective than equivalent lead-based shields.

Infab’s KIARMOR is lead-­free, and its shielding properties are such that it meets the requirements of the three international standards (ASTM F2547-18, IEC 61331-1:­2014, and DIN 6857­1-1) covering radiation protection. In addition, each Scatter Shield has KIARMOR at its core, making these shields the most effective option in reducing the amount of one’s exposure to scatter radiation in the Cath Lab.